Rice Husk Ash, also known as Activated Carbon, is a type of charcoal processed from many sources of materials such as ashes of peanut shells (peanuts), coconut shells or rice husk charcoal. Activated carbon is a porous material, with many large and small holes. Therefore, its surface contact area is very large to absorb impurities. Coal husk is widely used: in medicine (Carbo medicinalis - medicinal coal), it is used to disinfect and toxin after food poisoning. 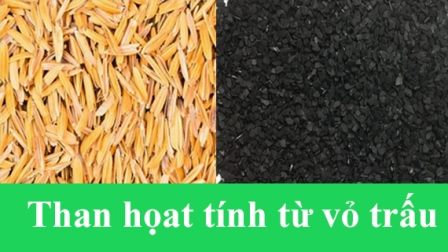 In the chemical industry, it is used as a catalyst and a carrier for other catalysts, or for air purification, water purification, etc. The demand for activated carbon in the world market is very large, meanwhile, activated carbon produced from coconut shells is mostly supplied by the member countries of the Asia Pacific Coconut Association (APCC), mainly countries like Philippines, Indonesia, Sri Lanka, Malaysia, Thailand, India and Vietnam. This is a production and business industry that brings a lot of profit to investors and brings a significant source of income to farmers in Ben Tre province.

The cheapest method to create activated carbon is to use rice husks and then burn them in low oxygen conditions to create a Carbonization reaction, and we get rice husk coal very quickly.

Uses: used for detoxification, used in filtration and detoxification methods in water plants, chemicals... This type of activated carbon is completely non-toxic to the environment and human health and production costs. cheap production of raw materials and fences. Activated carbon – is a substance consisting mainly of the element carbon in the form of amorphous (powder), part of which is in the form of graphite chips (in addition to carbon, the rest is usually ash, but mainly metals). alkaline and sand crumbs). Activated carbon has a very large outer surface area, if calculated by volume, it is from 500 to 2500 m2/g (for a specific example for comparison: a tennis court has an area of ​​about approx. 260 m2), making it an ideal filter for a wide range of chemicals. 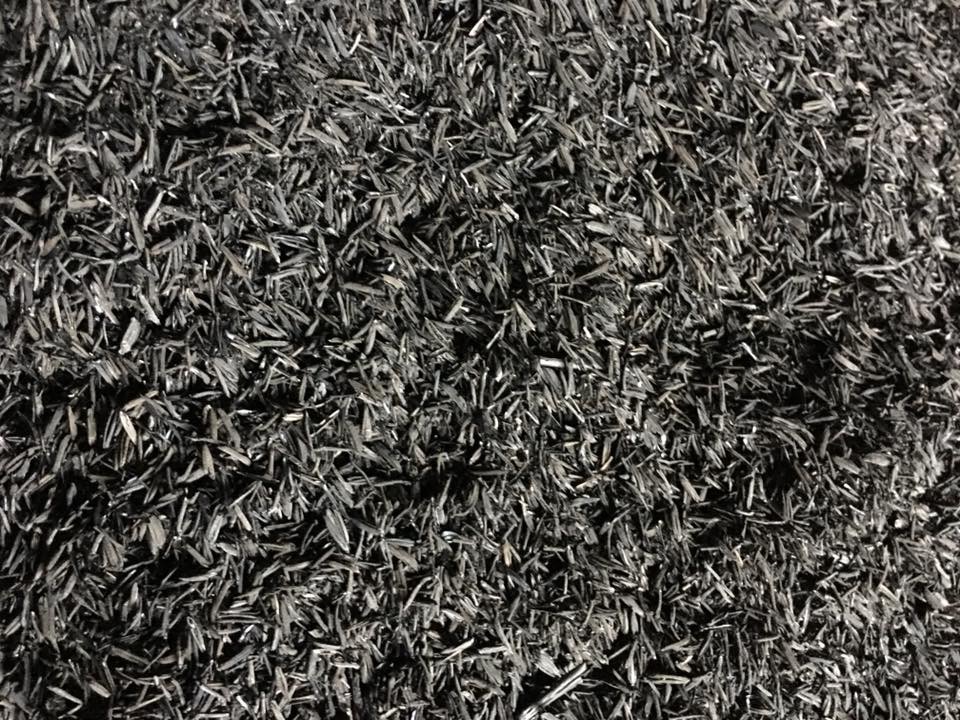 The very large specific surface of activated carbon is a consequence of the hollow fiber structure, which is mainly inherited from organic materials of origin, through the process of distillation (drying) at high temperature, in anoxic conditions. . Most of the voids - microchip cracks, are very absorbent and they act as transport channels (interstitial). Activated carbon is often self-reinforcing (for example, self-washing ash or chemical coatings), to retain its absorbent properties, to be able to absorb special ingredients such as heavy metals.

How to use rice husk charcoal to filter water as follows: 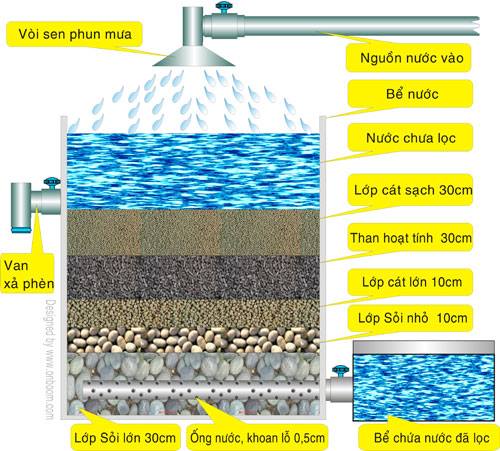 Attributes that increase the meaning of activated carbon are: it is non-toxic (even once ingested), low cost (made from wood into activated carbon and from many other organic wastes). , e.g. from shells, coir), and also dispose of waste very easily after use (by burning). If the filtered substances are heavy metals, recovery, from burning ash, is also very easy.

* in medicine (Carbo medicinalis - pharmaceutical coal): to disinfect and toxins after food poisoning,

* in chemical industry: as catalyst and carrier for other catalysts,

* technically as a component of air filters (in cigarette butts, as well as in refrigerators and air conditioners),

Currently, the shortage of drinking water is becoming more and more serious. In many localities, people have to use both ponds, rivers, streams and contaminated water. In order to contribute to the improvement of public health and disease prevention, Courant Vietnam would like to provide technical guidance on building a simple water filter tank with activated carbon as the main raw material. This is a simple filter tank that every family can do on their own with a cost of only a few hundred thousand dong. 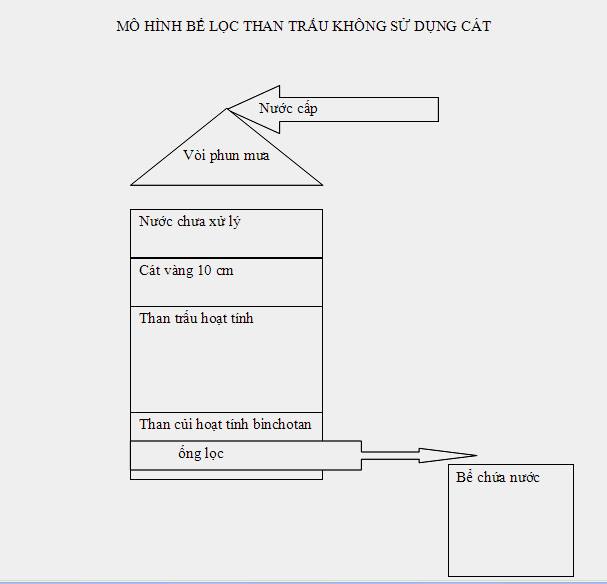 Depending on the actual conditions in each family, it is possible to build different large and small tanks. Just install it according to the instruction diagram and you will have a clean, pure water source. From the water you want to filter, you let the water go through the shower to create rain (small particles - don't erode the top layer of sand). Through the top layer of sand, the water has been pre-filtered of all kinds of dirt, organisms, and alum. Water will seep through the activated carbon layer. This layer of activated carbon has the effect of adsorbing toxic substances, dangerous microorganisms and neutralizing minerals that are difficult to dissolve in water. Through the activated carbon layer, the water continues to permeate through the large sand layer, small gravel layer and the largest gravel layer to go to the clean water tank. In our experience, you should use a plastic water pipe, with a hole drilled about 5 li (0.5 cm) in diameter along the body of the pipe, and the inner end of the pipe is sealed. Thus, water will seep through the small holes evenly distributed on the pipe, not directly into the top of the pipe. This will prevent the hose from getting clogged and the water entering the tube more evenly.

In addition, one thing you need to pay attention to is that all materials put into the water tank (except activated carbon) such as sand, gravel, etc. should be washed first. Depending on the actual conditions and the status of the water source, every 3-6 months, you must filter out the alum layer that builds up on the top layer of sand by: stirring the surface water (so that the water is about 2-3 cm) , and then open the upper alum discharge valve. All layers of alum will be washed out, repeat once or twice to completely clean the water. In addition, if the water is too polluted or contaminated with alum, you should replace the top layer of sand after a few months of use. Note: when changing the sand, remember to scrape it slowly, so as not to affect the bottom layer of activated carbon (because it is still used for a long time). After 9 months to 1 year, you should replace all sand and activated carbon. 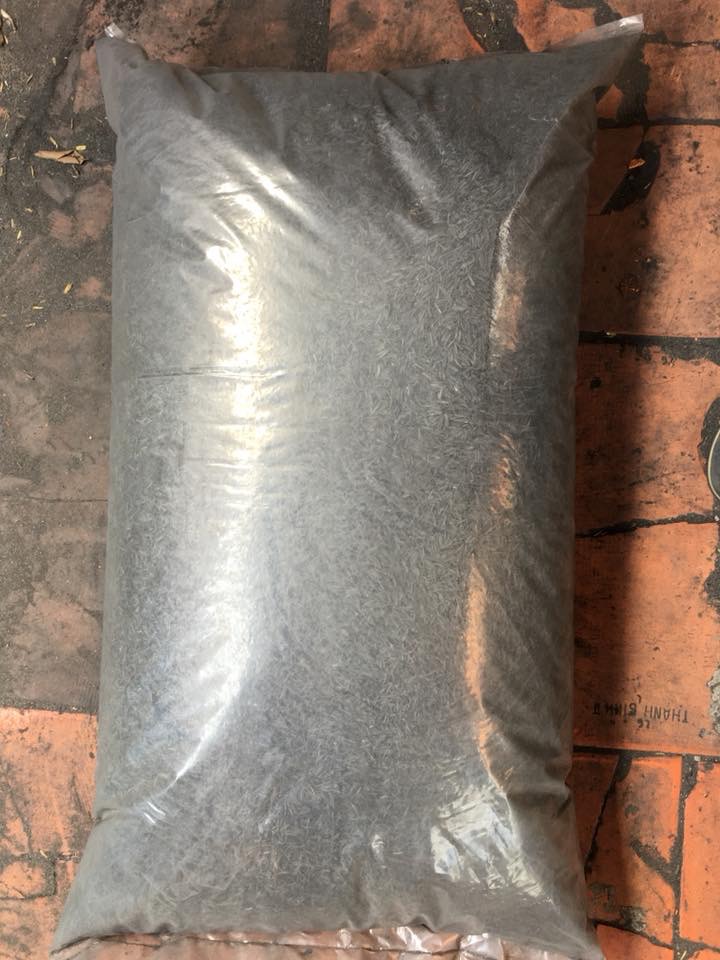 Commit The price is always the best